Louis was very nervous. He never did anything with a guy before, but he was ready to start exploring. To help him dip his toes in the gay pool, is one of our favorites, Abele Place. They started out nice and slow with kissing. It didn’t long for Louis to take control and start making out hard core with Abele. Abele then began to kiss down Louis and his bulging pecs and abs until he got down to his crotch. Abele started to suck him off. Louis laid back and looked down at Abele. He could not believe this was actually happening. All of these new experiences were exciting him and he was ready to try more. He bent Abele over and began to fuck his ass. Abele cried out, it had been a while and he was very tight. He started to pump in and out harder and harder. Next he laid Abele down and they did a romantic spooning position. Louis pumped his cock in and out of Abele and his arms wrapped around him. He could not stop touching Abele and his massive hairy chest. Finally Louis flipped Abele over and began to fuck him on his back. Louis began to hit the right spot and Abele shot his most explosive cum shot ever. It hit his own face. Then Louis pulled out and came on Abele and his hot hairy hole. The two looked exhausted and elated. After today, Louis is a man virgin no more. 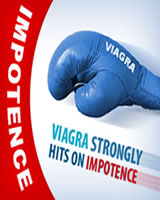